Tuning for recordings, concerts, colleges, schools, teachers, and stores, and many satisfied amateurs.

In 2013 Ryan was honored to receive the annual James Burton Award.

“Each year the Pacific Northwest Regional Conference of the Piano Technicians Guild honors a member of PTG by bestowing the James H. Burton Award. The award is given to honor Jim, for the service he so willingly gave to PTG over many years, and the recipient who likewise, has given of themselves unselfishly to further piano technology in both the local, regional and national level.”

Ryan’s tuning can be heard on several nationally released recordings:

“Vivace”  by internationally acclaimed pianist Charlie Albright  was recorded on the Steinway concert grand purchased by Centralia College in 2009. Ryan was hired to select and prepare this piano from the West Coast inventory.

Songs for a New Century by award winning pianist and two-time Grammy nominee Jessica Williams. Recorded at her home  in 2008.

“Touch” by Jessica Williams recorded live at the Triple Door Theater in Seattle, Washington in 2010.

“Piano Palettes” by Jennifer Bowman (2019), graduate of the Juilliard School, and former Assistant Manager of Washington’s largest Steinway piano dealer. Jennifer is one of Olympia’s most respected music educators, pianists, and composers.

Pianova services pianos for many schools and institutions: 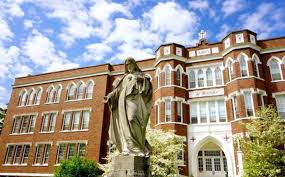 with Steinway & Sons in New York, Yamaha Pianos in Buena Park, California, and Kawai Pianos in Los Angeles, in addition to dozens of workshops, and seminars sponsored by the Piano Technicians Guild.

Background: Ryan grew up with a love of playing piano and taking things apart! After earning his Bachelor of Arts degree with credits in Piano Technology, he joined the Piano Technicians Guild, apprenticing in a number of respected Puget Sound piano shops. After passing his Guild exams with high marks in 1994 he founded Pianova Piano Service.

Jean Sowers worked for the Timberland Regional Library system after earning her B.A. degree. In 2001 Ryan begged her to help him manage the growing business. Her customer service and management skills took the business to a new level.

In the early 90’s when the business was still in its infancy, in order to stay busy Ryan started finding interesting old pianos to restore and resell.  This part of the business developed until in 2005 they opened up a home based boutique offering a selection of fun pianos. Hidden in their daylight basement, pianos can be seen by appointment. See our sales page for details on our current inventory.